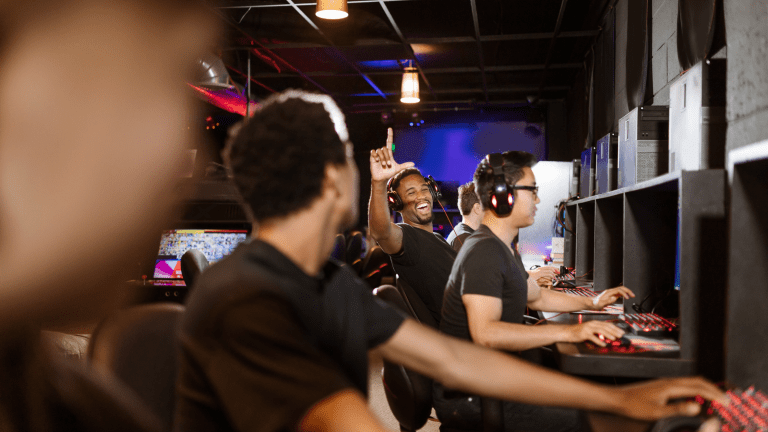 But beyond their massive presence, there is something else that’s interesting about gaming communities on Twitter: how they position themselves. Compared to how other brands use social media, video game accounts on the platform are typically more community driven. They also tend to prefer to release major announcements on Twitter first, then actively engage with members of their respective communities to build loyalty and excitement among fans. This gives them an edge because it allows them to foster a form of conversation that most brands can’t seem to establish with their followers.

Take, for example, the Twitter account for the popular video game Among Us. Almost overnight, the small indie game gained massive popularity, and Victoria Tran  was given the responsibility of managing its social media presence. The account became a massive success thanks to her strong emphasis on community engagement, which resulted in over one million followers in their first month on the platform alone.

Tran reflected that it was her deliberate break away from traditional methods of social media management that’s helped her grow the game’s community and strengthen its bond with the brand. Instead of focusing on posting, Tran rarely posts more than once per day — and when she does, it’s done with the intention of engaging with the Among Us community through posing open ended questions, posting fan-art, etc. Instead, she actively engages with their fans, explaining that people enjoy being responded to by their favourite accounts. Her intentions are to foster a kind community surrounding a common interest – the Among Us game – and through her actions, she creates a two-way conversation, rather than the non-interactive experience that most accounts provide.

Tran’s success is a microcosm of the wider success of video game Twitter accounts in fostering community ties. Developers and account managers alike often listen to followers’ suggestions and engage with their communities routinely. This has resulted in strategies whereby community is the driving force, an example that many predict that in the coming years will become standard practice as the social media industry in general shifts from influencers to creators that manage social media. The difference between the two may appear subtle, but it has massive implications: while influencers talk to their followers, creators engage with them.

This more decentralized model of community engagement may be the most fruitful path forward to manage social media accounts effectively. While there’s no definitive way to know what the future of social media will look like, it’s exciting to see it evolve, and it’s more vital than ever to develop in this new direction so as not fall behind.

Perhaps in five or ten years, social media will begin to resemble closely what we’ve observed above — and perhaps it will not. In this fast-paced digital world, we can only offer my predictions: and we believe that following this trend is a fair bet.