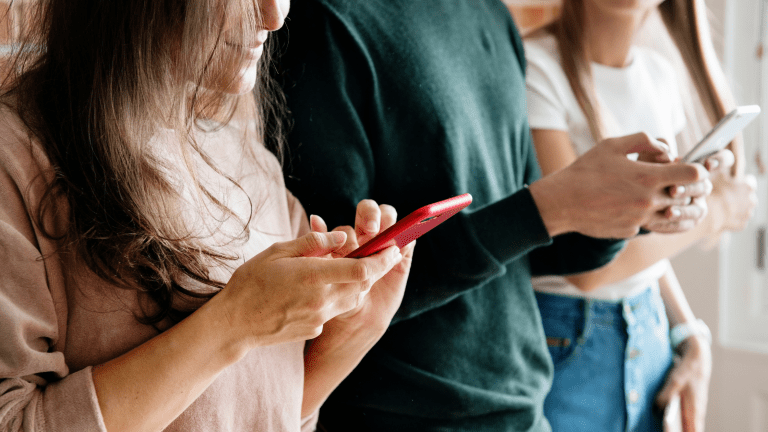 To help you get a better understanding of the situation, we’ve gathered all the important news you need to know about Twitter so far in the updates below:

Yes, that’s right: the richest man in the world, Elon Musk, is in the process of purchasing Twitter. Though, we’re sure that you already knew that — since talks began in April it’s almost been unavoidable to hear about this acquisition. We know it’s a bit complicated, so we’ve summarized this complex saga between Musk and Twitter so far and talk about the possible implications of this deal (if it even does go through).

Events began to ramp up on April 4, when Musk announced that he purchased 9.1% of Twitter and became the largest stakeholder in the company. With a large presence on the platform, he immediately tweeted a poll sourcing the public for the best ways to improve Twitter. Musk was then offered a seat on the company board that he initially accepted, but later changed his mind and rejected the offer — likely because of the policy in which board seats can only own up to 15% of the company.

Less than a month later, Musk offered to buy Twitter for $44B, and Twitter agreed to sell itself for $54.2/share, which is a 38% premium over the actual share price. While Twitter’s Board of Directors unanimously agreed to this offer, which is expected to close later this year, they also implemented a poison pill: a “shareholders rights plan”. What this means is that certain shareholders have the right to buy stock if Musk continues to try and seize control of the company.

While some are naturally skeptical about Musk following through with this deal since he has a history of ‘trolling’, his commitment to follow through with the acquisition became much more real when he secured the funding for it. To buy Twitter, Musk took a $25.5B loan from Morgan Stanley Senior Funding and is prepared to pay $21B from his own personal funds.

Once this transaction is completed – if it ever is – Twitter will become privatized. Following Musk’s strong opinions about free speech, he explained that some changes he plans to implement on the platform include less moderation and a higher bar for offensive tweets. This caused many to raise concerns about the precedent that Musk will be setting by both privatizing Twitter and decreasing censorship.

Since his bid in April, Musk has shown some cold feet about proceeding with the purchase. There is still a strong possibility that Musk will retract his bid, especially if Twitter doesn’t comply with all the changes that he wants to make. We’ll continue to monitor the situation and will report any important updates in future blog posts.

Developer Alessandro Paluzzi is famous for reverse engineering apps and leaking their future releases. In one of his recent discoveries, he found that Twitter has been working on a system to co-author tweets since last December.

As of this moment in development, the conditions for co-authoring a tweet require an invitation to be sent to the person with whom you wish to write; you also must follow this person and their account needs to be set to public. If they accept the invitation, the tweet will go on both authors’ timelines.

As with all leaks, I’m unsure whether Twitter plans to proceed with this feature and its intended timeline for release.

To streamline its e-commerce experience, Twitter’s making massive changes to how it presents shopping on its platform.

This is being done through a virtual storefront that will replace the previous shop model that featured a spinning carousel of products. This update will allow businesses to advertise up to fifty products at a time through dedicated pages with unique URL addresses. If a user wishes to buy something, they will be redirected to an external website once they click on a product.

Currently, this feature is only rolling out for select businesses on iOS, but Twitter intends to expand this feature to Android users in the near future. 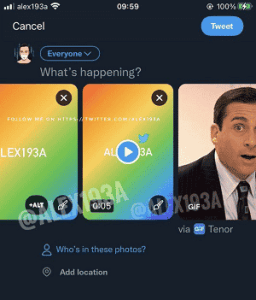 Through another leak by Alessandro Paluzzi, I’ve learnt that Twitter’s finally developing the ability to mix content in a single tweet. In this long-awaited update, users will be able to simultaneously post a photo with a video, a GIF with a photo, two videos, etc.

However, information about this update is scarce with no direct comments from Twitter. we don’t know if or when this feature will reach the app, and if it does we don’t know if it will be exclusively for Twitter Blue users or for everyone.

On April 7, Twitter announced a feature allowing users to ‘unmention’ themselves in tweets, which is being tested in a “small but global” trial. This feature will allow users to remove themselves from conversations they no longer wish to participate in.

To access the ‘unmention’ feature, user can select the prompt “get you out of this conversation” from the triple dot icon next to a reply. When that’s done, their Twitter handle will turn gray in the conversation, indicating that they’re no longer receiving notifications about its updates.

This feature is an extension of Twitter’s larger campaign to protect its users from abuse. Last September, Twitter released an algorithmic way to block harassers through an activatable Safety Mode. This active project has shown signs of success and received additional updates in February 2022.

Both changes show Twitter’s renewed interest in providing ways to shield its users from harassment, which is a welcome thing for a platform that’s loving referred to by its users as a “dumpster fire”.

People have been suggesting – and begging – for this update for over a decade at this point, and now, it’s finally arrived: the ability to edit tweets.

It appears that Twitter’s system for editing tweets will make them immutable. In other words, Twitter will create a new tweet once edited, but the previous versions of this tweet will be preserved.

Considering that this information was revealed through a leak, we’re unsure whether the edit history will be publicly viewable. We’ll let you know more about it once we’ve gathered more information about the plans for this release and how the edit system functions.

Since last October, Twitter’s been experimenting with placing ads for applications in the reply section, as the first reply to a Tweet on iOS and Android. While it seems annoyingly spammy, early results indicate the success of this feature with apps that use this advertising feature receive increased impressions, increased attributed installs, and decreased cost per install. So, love it or hate it, this ad placement’s here to stay.

We know it’s a lot of news to absorb but hopefully this round up gives you a good idea of what’s going on at Twitter. The biggest thing everyone’s focusing on is the Elon Musk deal and since it’s a saga that doesn’t seem to be ending anytime soon, we’ll keep you updated as more news comes out.