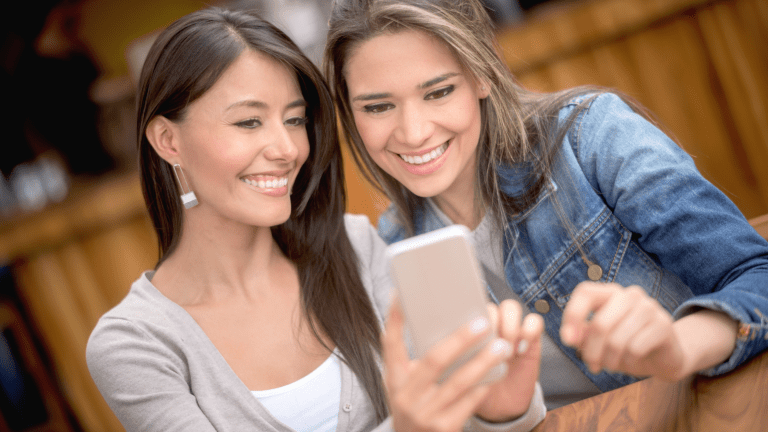 It feels like Instagram’s announcing something new every five seconds. It’s understandable that it can feel overwhelming or annoying that they’re rolling out new features and updates so aggressively, especially since 2022’s barely begun.

We’ve rounded up the top 14 things you should know about and how you can explore incorporating them into your content or the best ways to use them to enhance your presence on the platform.

Remember the days when you’d write a status on Facebook? Or how about using status notifications on apps, such as WhatsApp where others can see whether you’re busy, available, etc.?

Profile Status is essentially the same concept. Instagram announced the new feature on January 1, 2022, which allows you to set what you’re doing or where you are with a combination of text and emoji. The status you choose will appear in both your profile and in your DMs for 24 hours at a time – but only for accounts with mutual following i.e., they follow and you follow them back.

This is a good way for Creators, Brands, and regular users to interact with their community by providing quick, subtle indications without the need for creating a post or Story explaining what’s going on. It can be used to provide quick updates or build excitement by hinting at something through using a series of 24-hour statuses.

You can finally choose how you want your timeline to appear

On January 5, the head of Instagram, Adam Mosseri, shared that the platform’s going to roll out the option to users to choose how they’d like their timeline to appear: Home, Favourites, and Following.

So, what does that mean?

According to Slash Gear, if you choose the Home option then your feed will continue to appear the way it is right now, while the Favourites option will show you content from a curated list of accounts, similar to the current Suggest Posts and Accounts that you already see while scrolling. Finally, the Following option – potentially the option most users are excited about – allows you to see posts only from accounts you follow. Yup, you read that right, you may soon be able to reclaim your timeline with a chronological feed.

Currently, you have the option to share one of eight emoji options when you come across a Story you like: laughing, surprised, heart eyes, teary-eyed, clap, fire, celebration and 100 emoji.

The same day that Instagram announced the new timeline options it’s rolling out soon, the platform also revealed that it’s testing the option of having Private Likes on Insta Stories. Like the emoji reactions, the Likes will only appear to the person who posted the Story and Instagram confirmed that the Likes will not be shown publicly.

Specifically selected individuals around the world were given access to the new feature so they can test out the usefulness of having private Likes on their content. Time will tell if Instagram decides to scrap the concept or roll it out to all users.

App researcher Alessandro Paluzzi revealed the new Instagram feature on Twitter on January 11, 2022. If it’s officially rolled out, users will be able to re-arrange grid posts regardless of how old or recent they are. This is a bit tricky because you may have the option to make your grid look more aesthetically pleasing but if you put old posts next to new ones then there’s a risk of confusing followers and new visitors to your account.

This new feature was announced around the same time as another new option for users: Pinned Posts, which will allow you to pin posts of your choice to the top of your grid. Think of the Pinned Tweet and Pinned Post on Facebook Pages.

Currently, users can use a Countdown sticker on Stories, which allows those interested in attending an event to receive reminders as well as share the countdown to their own Stories.

Now, you’ll be able to use a Reminder feature on your Feed posts, according to an Instagram announcement on January 12, 2022. It acts the same way as the Countdown sticker, including giving you and interested users the option to share details to their Stories.

Reminders can be set anywhere between one hour ahead to three months for any event and the timings will appear in your followers’ time zones – plus, they’ll receive a series of notifications from 24 hours to when the event begins to ensure that they don’t miss anything!

Users can share the Feed Reminder post as many times as they’d like to keep those who’ve already signed up interested as well as encourage more people to attend ahead of the event’s launch – think of it as a hype cycle.

Subscriptions (US only for now)

As of the time of writing this blog post, Subscriptions are only available to Instagram’s US users, specifically 10 chosen Creator accounts.

The platform announced on January 19, 2022 that it will give creators the option of offering their followers paid access to exclusive Instagram Live videos and Stories. Users who subscribe will also be given exclusive access to different content pieces or events, which will feature purple rings as well as special purple display badges that will make them stand out in the comments sections and inboxes of the creators they’ve subscribed to.

Instagram has stated that there will be eight price points that Creators can select, starting at $0.99 to $99.99 per month. Fans will be able to subscribe through in-app purchases on both Android and iOS devices.

We’re not sure whether this feature will be as successful as Instagram hopes it will be because many Creators are diversifying away from social media to build their communities and their subscription services, whether through their own websites or platforms such as Patreon. We’ll be monitoring this closely once it’s officially launched and rolled out internationally.

This feature isn’t just for Instagram. Meta had announced on January 20 that it’s exploring ways to let users create, showcase, and sell NFTs on Facebook and Instagram. According to the Financial Times, Meta is building a feature that will allows users to use NFTs as profile images, in addition to working on a prototype to let users mint new NFTs. The article also noted: Others at Meta are reportedly discussing “launching a marketplace for users to buy and sell NFTs.”

Remix Feed or Reel Videos up to 60 Seconds

Instagram also announced on January 20, 2022, that it had officially expanded its Remix feature – the platform’s version of TikTok Duets – to allow users to remix both Reels and Feed posts, though for the latter, the updated option is only available for posts from January 20 onwards.

The remix option allows user to record a Reels video alongside a video from another user. When remixing a non-Reels video, creators will still have access to Reels’ set of creative tools, including Collabs, Voiceover, Effects and Audio Tools. Users can remix either all or part of the other person’s video and download it as part of the remix. However, the remixed video can only be posted on Reels.

This new profile banner will allow users to display as many upcoming livestreams as they’d like through special badges on their profiles where followers or visitors to the profile can subscribe to whatever livestream they’re interested in to receive reminders.

It is a great way for Creators and brands to centralize their upcoming announcements efficiently and in a more public, easy to access method to build hype and encourage FOMO (Fear of Missing Out) to drive their livestreams’ success.

Since January 26, 2022, several users have begun noticing that the Polls Insta Sticker is now giving them the chance to add more options beyond the typical True/False and other variations.

According to social media advisor Meg Coffey,  Instagram now allows users to add up to four response options for their polls. Additionally, user Hammod Oh revealed that users can now change the colour of the poll sticker question text.

This is a great way for Creators and brands to have some fun and generate engagement to build goodwill and maintain interest. Of course, it can also be used to tease news or build hype about launches or other business-related things but taking a break to chill with your community is just – if not more effective – every once in a while.

So, those are the Instagram announcements that were released on specific dates in January. The platform also released new, updated or expanded features quietly throughout the first month of 2022 – here are some of them:

Chances are you’ve already seen the number of Reels using different tracks while exploring the music collection that Instagram’s curated for you or the number of videos using music you’ve uploaded or saved. This has multiple benefits as it gives you the chance to see what’s trending or popular, whether overall or in specific categories, so you can be sure to select the hottest tracks for your Reel video. For Creators, it gives them insights into what users are interested in so they can create or tweak their tracks to make them more appealing for accounts on the platform.

Instagram’s also giving you the option to import music from any video that’s at least five seconds long. This feature might not be new to some users since it was initially rolled out on December 7, 2021, but now it’s available worldwide so it’ll be interesting to see the stats between imported music vs those from Reels’ collections.

Finally, those posting Reels videos have been given access to another TikTok-inspired feature, ‘dancify’. TikTok users are already familiar with this feature, which syncs videos to whatever music track that’s chosen. The automated process was initially released to US users in December 2021 but it should now be available for Instagram users around the world as of January 2022.

This feature was initially released to US users on November 12, 2021 but now it’s available for all Instagram users.

Following the popularity of TikTok’s Text to Speech feature, Instagram Reel’s Text to Speech option gives you the option to choose your preferred voice option: Robot or Siri style. Alternatively, you can add voice effects to a Reel after recording or uploading it. The effects available include “helium,” “giant,” and “robot”, which can be accessed by clicking on the Music Note in Reels before selecting Audio Mixer and finally, Effects.